After indulging ourselves in Destin, Florida for 6-weeks we hopped on a plane and a few trains to tour Washington D.C., Philadelphia PA, & New York City NY. Having never been to any part of the east coast, everything was new for me. If I’m honest, I have avoided visiting the US east coast. I am a mountain girl, through and through, and the idea of spending time in a crowded, smelly, dirty metropolis is not appealing. But despite my hesitance, I was excited and blessed to see our Nation’s capital, Philadelphia, and New York City. 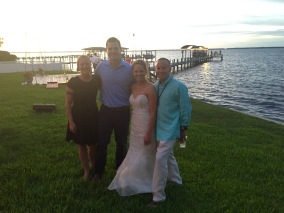 We left Destin a few days after Sean’s cousin Ali, married her 8th grade sweetheart Tommy. It was an amazing wedding, that we were so blessed to be a part of.
We flew out of Destin into Ronald Reagan Washington National Airport, and walked onto the DC Metro. All I can really say is just WOW – the DC Metro is top notch. The award winning cavernous vaulted-ceiling stations, display aspects of brutalist design from late-20th century modern architecture. On top of being & feeling beautiful, the metro is also extremely efficient for navigating the city. We stepped out of the tube and were two blocks from our awesome hotel (Mayflower Hotel).

DC has a lot of amazing restaurants, some we couldn’t get into to but we visited Founding Farmers, Edgar Bar & Kitchen, and &pizza. I was most excited about touring the White House, but PSA you need to make a reservations 3-months in advance by submitting a request through one’s Member of Congress. Good luck with that, I still haven’t heard back from the Colorado Democratic I emailed.

We had the most amazing time touring monuments on the National Mall (photos). We did an early morning running tour and had nearly every monument to ourselves. I highly recommend going early in the morning, so that you can enjoy each of the monuments without feeling like a tourist. On the mall, my favorite memorial is the FDR, but the WWII, and MLK memorials are also not to be missed. Off the mall we visited the US Holocaust Memorial, and as a local suggested, I recommend that you plan something fun and uplifting to do afterwards. We toured Arlington National Cemetery (photos) and watched the changing of the guards, visited the National Portrait Gallery (photos) which I highly recommend, and the US Capitol Building (photos) which is undergoing renovation until January 2017.

We also enjoyed bikes from Capital Bikeshare, thanks to our friends at REI who will be opening up a flagship there in late 2016. The bikes are an awesome way to get around and the system is super easy to use with their Spotcycle app. If you’re in DC give it a go! 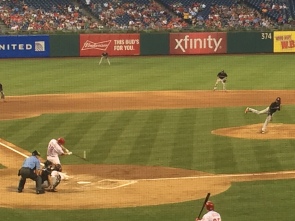 We left DC and hopped a train to Philly, where we were lucky enough to see Ali’s new husband Tommy play first-base for the Philadelphia Phillies. Tommy was called up to the majors in May of 2016, so this was a real treat for us. We were lucky enough to see Tommy blast a home run! The picture here is of the ball leaving Tommy’s bat for that home run. We stayed at an amazing boutique hotel downtown called the Kimpton Hotel Palomar, and before going to Tommy’s game we ate at an all vegetarian restaurant called Vedge. If you’re in Philly and like veggies – go eat here! Our time in Philadelphia was short but we made the best of it and saw many of the historic highlights (photos). 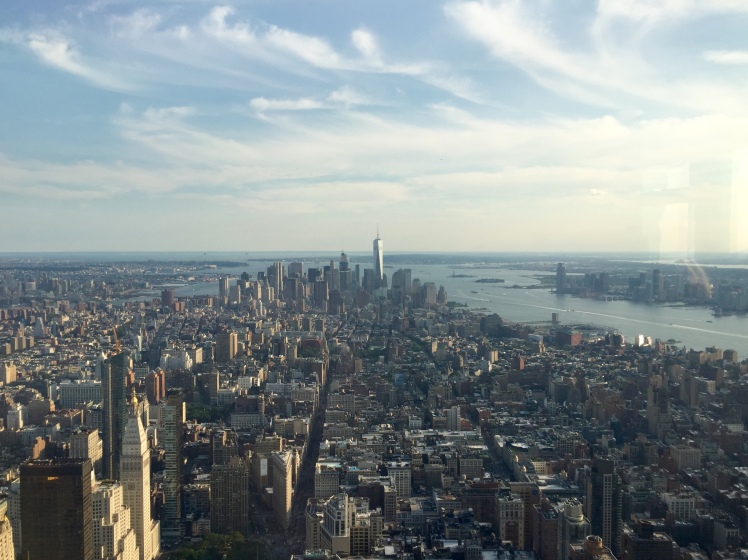 Ah New York City, Manhattan more specifically, which I had really only seen watching the HBO series Sex and the City. In my mind it was a gross, dirty, smelly but somehow romantic city of 8.5M people. Of course I knew that I had unrealistic expectations going into this trip but that’s not unusual for me.

We managed to stay at the perfect “get away from it all” hotel, only a half block off of time square, the Casablanca Hotel. By design you immediately feel protected and away from everything, so you’re not at all inundated by all that is Time Square. It proved to be quite the haven for us. We also found a dry cleaner,  Mr. Green Laundry that washed and folded all of our laundry in 4 hours for less than $15. Just WOW!

We toured the Empire State building, Grand Central Station, Radio City Music Hall, Rockefeller Plaza, the 911 memorial, Wall Street, and ate at several really good restaurants (Barn Joo 35, the Mark, Dhaulagiri Kitchen, the Malt House FiDi). But my favorite part of our New York trip was the Met (photos)! Of course you really need a week or more to truly visit the Met. Getting out of New York City proved to be so easy with Quick Ride Car Service, call them up if you need a ride. New York City Photos

Our seven day east coast tour was awesome, exhausting, and filled with new places, people, and cultures. I am happy we went but unless I am summoned, I probably won’t go back… I am afterall a mountain girl.